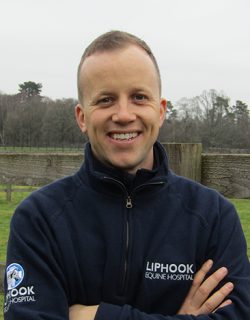 Mike graduated from University College Dublin in 2007. He started his career in mixed practice in Co. Tipperary, Ireland before embarking on some travelling, taking him to South America, New Zealand and Australia. He worked in a busy equine practice in Queensland, Australia for the 2010 breeding season before relocating south to Victoria where he spent over two years in a large mixed practice. This was followed by an internship at Randwick Equine Centre in Sydney and subsequently over five years at a first opinion equine practice on the south coast of New South Wales. He enjoys all aspects of equine veterinary practice but is particularly interested in sport medicine and rehabilitation. He is looking forward to exploring the English countryside with his wife and young daughter once acclimatised again!